Christ in me
The hope of glory
Hallelujah hallelujah

I will put physical life into your bodies and u will not die
————
Hamasiyach Ken! Ken Hu Kam!
Hu Chay, Aken Hu Chay

It was an amazing time filming that in Israel. It was nice to look at on the TV but it was scorching hot. Wore sunglasses coz it was so bright. If he took it off he could only squint.

A lot of spiritual warfare before this was released. Matt Crouch didn’t want to do another life of Christ movie. Wanted to do one centred on the grace of God. Many lives have been changed

Only hope of the world today is JESUS and not more money or new leaders or new governance. No rest or peace for Israel until His return but when He does, can call out oh grave where is your victory (those who died previously)? oh death where is your sting (those yet to die)?

Jesus rose again from the dead on the third day. The death, burial and resurrection of Jesus- most monumental event in the world.

89 chapters in the 4 gospels. Only 4 chapters devoted to his birth and childhood. 85 chapters talking about the last 3.5y of his life. 27 chapters focused on the last 8d of his life. Emphasis of the gospel is his death, burial and resurrection.

The world celebrates his birth so massively but shouldn’t this day be even more celebrated. The world reverses the emphasis.

As you remember the resurrection day, remember that no matter your social standing and career, no Lamborghini came out with us. We came out NAKED from our mother’s womb and naked we go back. Doesn’t matter what you stuff in hour coffin. Make sure of your salvation- the eternal thing. Don’t miss the eternal thing for the temporal, don’t miss the real life for that which is passing away. Doesn’t mean you have plenty of money means you are rich. But be truly rich in the Word.

1 Corn15:3-8
Most important thing to learn from the bible… All scripture is inspired and God breathed but the crux of the bible is summarised here

Nat Geo, Dosxovery studies creation and fallen earth and focuses on them more than redemption and the eternity.

Peter was told that he would betray Christ three times before rooster crows. Some think the restoration of his conscience was the part where Jesus asked Peter to feed his Sheep. That’s the restoration of Peter’s ministry. His restoration happened privately and bible noted it down as Jesus appeared first to Cephas. The one who failed the most, He goes to first. Where sin  abounds, Grace super abounds. If Judas didn’t take his life, perhaps Jesus would have appeared to him first.

Paul existed outside due time but Jesus also appeared to him. So today, He can still appear to those today who terrorize the Jews.

Jesus body now not subject to disease, decay or death.

The word of the LORD tells us of the rapture. It isn’t an idea or theory. The last part of the redemptive work of Christ. Rapture can happen anytime.

Jesus’ body is matter but can transcend solids and appear and reappear.

The grave of Jesus is still there so we can see it is empty.

John calls himself “the disciple whom Jesus keeps on loving” 5 x. Here in v2- “Jesus is fond of me”

Mary had a heart of love but no intelligent faith. Thought Jesus body was stolen

John didn’t go in but he saw the linen cloth lying there.

If there was a thief, why would the thief take time to unwrap the body and leave the expensive linen cloth behind?

Like an empty cocoon, the linen cloth lay there. Nothing in there. Folded neatly. Thieves where got time to

The religious leaders told the soldiers if you tell others the body is stolen, they would be generously paid.

The fastest way to put the end of the apostles’ preaching would be to show or prove the corpse of Jesus. But the Pharisees could never do it.

All those who know Him will know Him intuitively.

John saw and he believed.

At the cross, Jesus told Mary that John would take care of her like a mum and vice versa.

Yet John spoke about Mary the Magdalene – a great sinner = the first woman- being the first to see Jesus. Not Mary the Mother of Jesus. To prevent Marian worship.

Angels in the bible usually never sit down. But now sitting. Why? Work is finished. Sat at each end where His blood is. Men is reconciled with God.

V13- heart so full of love for Jesus that she expected people to know ‘the Lord’ refers to Jesus.

Heart full of love for Jesus but doctrine not right> heart know the doctrine but lack of love.

She turned away from the Angels coz her eyes are only for Jesus. V14

Adam gave up paradise for a piece of fruit. Because of that the world was fallen and death, illness, sin came. The first gardener failed although he was in a garden of delight.

The second Adam, the second gardener was surrounded by all kinds of corruption and evil.

Gardeners when they plant dried up seeds in the ground, what are they waiting to witness? Resurrection.

Because of what He did, His father is our God. The same God that parted the Red Sea, etc

Don’t pray like Moses prayed or like Peter prayed. Pray from your heart. God wants to hear your voice.

Pastor prefers his son’s imperfectly spelled and drawn letter as opposed to a perfect Hallmark card.

(Ps shares anecdote with us about 4yo Justin. He said to Ps Prince – sometimes I win, sometimes I always win. XD)

As we focus on Jesus, we draw closer to our spouse like the way the lines of the triangle meet at a point vs focusing on each other which is drawing closer in a straight line but goes no where and drains each other out.

V18- He is going to give us victory over these areas:

Wisdom is the principal thing. Fear is the mother of all sins. Fear is the first thing that happen when men first took forbidden fruit.

Risen Christ rose to impute righteousness to you

Confession is right but confess because we are forgiven & not to be forgiven.

Jesus came supplying and not demanding. Proclaiming but not exacting from them.

Peace be with you- SHALOM
Peace, Contentment, at ease, well-being, wholeness, prosperity Etc

Body is at ease not diseased. Peace not just in spirit but in the body.

You let not your heart be troubled- all that He asks of u. Then that health will reign in your body and your kids’

He wants your life full of peace, full of health.

His hands and his sides= receipt of redemption… Receipt for our health, peace

Men are threefold dirty. How can a thrice holy God accept thrice sinful men? Because God judged humanity’s wrongdoing upon Jesus on the cross. Thus the world’s curses have no hold on us. The man in the middle of the cross, took at the cross what we deserved so that what He deserves are now ours.

The cross is the wisdom of God.

V24- I can’t believe until I see it. Thomas’ twin is us. Lol. One day never go church, the doubts creep in

They are experienced fishermen who know the best timing and where good fishes gather. They grew up there and know. Natural born leader.

Jesus is so close to u during your hour of need. Didn’t shout from afar, walked on the sea. Hungry and fruitless disciples who were prob discouraged and tired and hungry & He appears at the right time. The one who made time cannot be confined by time. Can go into your future and make your crooked places straight

Don’t take Him for granted.

V4- always at the point of our need

Sometimes we think it is trouble but it is Jesus calling us to give Him attention. Allowing disappointments to happen so we turn our eyes to Him.

Cast net on right side- righteousness is God’s right hand. Cast net in our lives with a righteousness consciousness and will find some.

His some is not our some-‘they cast and were not able to draw it in because of the multitude of fish.

Peter gave him the boat. Lost time to catch fish. We give Jesus our time to serve Him right? For that lost time, He gave Peter a net breaking
boat sinking load of fishes & the name of the fish at Galiliee is still called St Peter’s fish.

Everyone who serves the LORD are being paid by Him. Blessed by Him. Favour. All the fish head for your vessel. Given by Jesus.

Don’t give to Jesus if you don’t want your life to change and have a multiplication and twelve basketful leftover.

Believe on Jesus and you and your house will be saved. You can’t work your way to salvation.
Receive.

Safety is in the LORD when u make God your hiding place. Bring our kids and family under the wings of the LORD. Trust Him and don’t shun His protection. 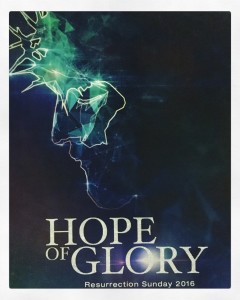