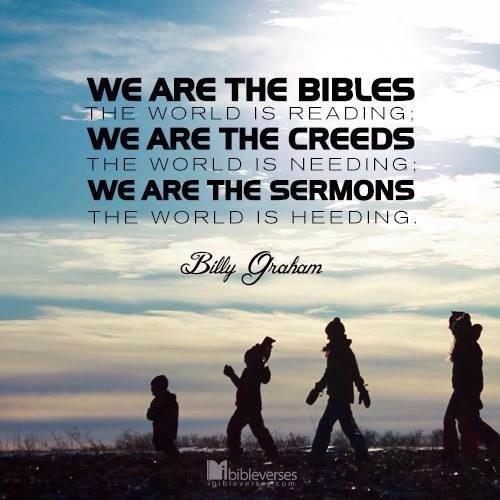 So what do our choice of words say? Do they reflect what Jesus came to accomplish with His ministry? Moses was told by the Father to speak to the Rock when the people grumbled about being thirsty. The Father had a heart of compassion and mercy for them. He wasn’t angry with them. But Moses struck the Rock twice in anger to draw water from it. He portrayed the Father as an angry and judgmental God during the season of grace and refreshing, before the Ten Commandments aka his season of judgment had begun. Similarly today, the ministry of Jesus is summed up in John 3:16-17. Are we speaking and reflecting the Father’s grace OR are we hitting the rock and giving the world the impression that the Father is still angry? The season of judgment is coming but now is the season of bringing the lost home. U do not bring the lost home by demanding repentance first. U welcome them home first, celebrate over them and let the Father’s love, not you, bring the change of heart. The prodigal son’s Father did not need to hear the elaborate and rehearsed apology of his son who had frivolously lost all he had given him as an inheritance. He ran to him. He hugged him. He rejoiced over him and He restored him without the apology. The prodigal son had not come back to sincerely repent. He had returned out of desperate need for provision. Do we rejoice over our brother’s coming home? The Holy Spirit tells the older son who had remained in the Father’s house and served the good news (John 3:16-17 imho- the sacrifice has been made, the lost has returned and there is no condemnation). Are we like the older brother? When told a brother whom was labelled a great sinner has been welcomed back to the flock do we sulk and say I have done this, that and served you so why are u slaying the fatted calf for him and throwing a party for that ingrate instead of me? The older bother’s pride prevented him from seeing the Father’s love. To him, the Father’s love had been earned by his own hard work serving him, earned by his loyalty by being a good steward, earned by his not throwing stupid parties with his friends and by being strait-laced. What was the Father’s reply? You are always with me. All I have is already yours. The Father’s reason for rejoicing is simple- it is only right to celebrate because your brother was lost but is now found; he was dead but is now alive! Celebrate! The Father wasn’t bothered by the reason the younger son returned (he was eating pig slop, living with non-kosher pigs & hungered to taste even the simple food a servant in his father’s house could have access to; he also longed for a servant’s quarters instead of sleeping w the pigs). The Father was happy the younger son was at home at last so He could feed on the right food that would nourish him, keep him alive!

“But what about repentance? Jesus said He has called us back to repentance.”

What do you understand of the word repentance? As Christ said, “You do not know what manner of Spirit you are.” The world sees repentance as saying sorry, beating one’s chest and making things right. The Christian repentance according to the NT Word as it was orig written in Greek is a “metanoia” or renewal of one’s heart and mind. It isn’t a simple apology. It is renewing the way one views the Father. The world calls disasters ‘acts of God’ and gives no glory to the Father. When we repent, we repent of our seeing God as an angry deity but acknowledge that He is love. And empowered by that forgiveness and that unconditional love He has for us, we can grow and change from glory to glory. Jesus said if we see Him, we have seen the Father for “I am in Him and He, in me”. Watch Jesus every movement and word in the bible. What were His words for the lost and the sick and the sinners? “I have come to heal the sick not the healthy. The healthy has no need for a doctor.” Jesus is here to call home those who are sick of heart, sick of mine, sick in the body to heal them. This heavenly doctor has already paid the hefty price for the treatment they require. His sinless blood was poured out in payment for our wrong doing. Yet we tell the sick that they have to pay that price for themselves, go recover from their sickness before they come to the heavenly physician, our Saviour Jesus Christ. We have learned it all backwards, my friends. Jesus doesn’t call us to be perfect to come to Him. He says, “Come to Me all who are heavy laden”. He doesn’t say to carry the luggage on your own or make sure your luggage is settled then come to me. He says “I will give you peace, a peace that the world cannot give.” Peace here is shalom- health, wholeness, contentment, peace, prosperity. We can’t expect people to find shalom out in the world then come to Jesus. The church has to be the place to welcome people into His shalom and to reflect it to them. And we do not reflect Jesus to them by reflecting the condemnation of the world back to them. The world condemned the lepers to ring the bell and yell out that they are unclean so that the healthy can shun them lest their disease infects them and stumbles their lives. Jesus walked up to the lepers who yelled out to Him they were unclean & He embraced them, healed them so they could finally truly live in the light, not in the darkness. He transferred His wholeness to their brokeness. Gave them His cleanness and took their uncleanness – a divine exchange took place. We must encourage this divine exchange not hinder it thinking the leper has to be clean first before he can touch the Master.