The coach meant for us is clearly labelled… 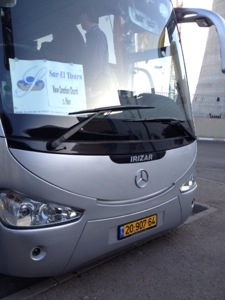 Upon taking our seats in the coach, the guide introduces himself as Ido Canaan, a Messianic Jew who used to be an archaelogist. Our driver is Abraham.

Suddenly, my name is called out by Ps Henry. Oh oh what happened? Turns out he was passing out envelopes containing Israeli SIM cards issued by TalkNSave, and I was probably the first one to sign up hence haha 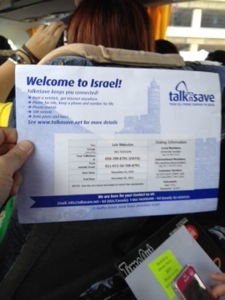 This is indeed a pleasant surprise because the website appeared to indicate we will only get the cards at our hotel towards the end of the day. Thank you Lord!

Those who are planning to come to Israel, do sign up because it is only US$8 per day and includes unlimited data. [Later that evening. I discover that the hotel does not have free wifi, so really want to thank God for His promptings].

The first stop is to have breakfast at Caesarea, where Cornelius the Roman centurion was from. 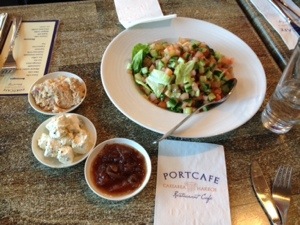 After breakfast, Ps Henry leads us in a time of worship and then shares from Acts 10, which records the conversion of Cornelius and his household. 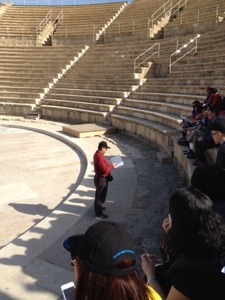 That passage is significant because it is the first time the Holy Spirit actually came upon the Gentiles, thus setting the precedent for Him to indwell other Gentiles. In other words, Jesus did a finished work on the cross not only for the Jews but also for us Gentiles. Hallelujah!

Next stop, the place of showdown between the prophet Elijah and the false prophets of Baal. Ps Henry shares from 1 Kings 18 and James 5 about the sacrifice being consumed and how the prayer of a righteous man avails much.

We then have lunch in Megiddo (also known as Armageddon). Am pleasantly surprised they have chilli that looks like sambal, perhaps on the requests of Singaporeans and Malaysians that came before?

That’s the sambal I spread sparingly on my chicken leg. Pretty good actually! 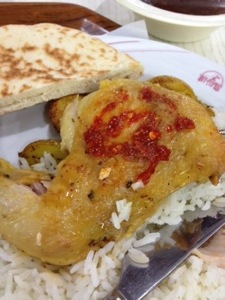 Nazareth and Mt of Precipice

We then drive through the town of Nazareth, the place where Jesus grew up, and up to the Mount of Precipice where Ps Henry shares from Luke 4, about how His hometown religious folks wanted to throw Him off the cliff but He walked through their midst because His hour had not yet arrived. Similarly we of the new covenant cannot be harmed by the evil one if our time on earth is not yet up. Amen?

It is about 4:30pm when we descend the mountain and as it is getting dark already, we head to Tiberius to check into Leonardo Club Hotel.

My bestie and me has been assigned room 750. How blessed to have the numbers 5 and 7 hor? 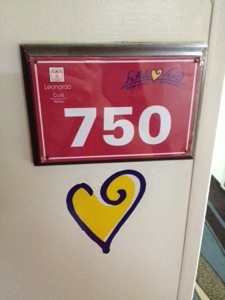 After a good bath and a good buffet dinner, it is time for bed at about 8:30pm to catch up on some much needed sleep. Laila tov and we will talk again tomorrow 🙂